"A Soldier in A Hole"

A Soldier with PTSD fell into a hole and couldn’t get out. When a SNCO walked by the Soldier called out for help, but the SNCO yelled back, “Suck it up son, dig deep and drive on,” then threw him a shovel. The Soldier did as he was told and dug that hole deeper.

A Senior Officer went by and the Soldier called out for help again. The Officer told him “use the tools your SNCO has given you”, then threw him a bucket. The Soldier used the tools and he dug the hole deeper still and filled the bucket.
A psychiatrist walked by. The Soldier called, “Help! I can’t get out!” so the psychiatrist gave him some drugs and said, “Take this. It will relieve the pain and you will forget about the hole.” The Soldier said “thanks” and followed his advice, but when the pills ran out he was still in the hole.

A well-known psychologist rode by and heard the Soldier’s cries for help. He stopped and asked, “How did you get there? Were you born there? Did your parents put you there? Tell me about yourself, it will alleviate your sense of loneliness.” So the Soldier talked with him for an hour, then the psychologist had to leave, but he said he’d be back next week. The Soldier thanked him, but he was still in the hole.

No matter what you’re going through, you are never alone. 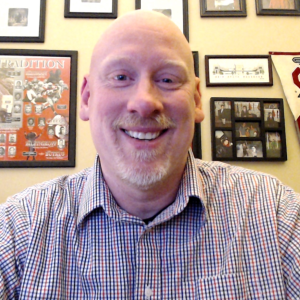 Mr.Chris is the Scoutmaster for BSA Troop 759. Mr. Chris a long-time resident of Columbus, Ohio has worked through the Boy Scouts of America for more than 30 years.

Check out the Mulch Sale

$4/cubic foot bag DELIVERED. No more jamming mulch into a Prius or Minivan. Support the Troop, dress up the yard.
Shop Now
Scroll to Top